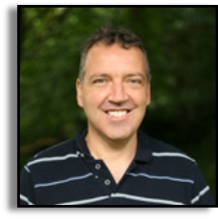 My professional experience is in Academia. I am a Professor in the Maths Department of Durham University. My research is in aspects of theoretical physics and string theory, and I have worked with genetic algorithms extensively in that context. In fact, this is where I developed my love of artificial intelligence, and in particular the Genetic Algorithm approach to problem solving. As well as academic research, I have supervised GA projects that developed route-planners, optimised aerofoils, solved Rubik’s cubes and visualised changes in gene expression during ageing.   In Durham we also host a machine learning Student Training Centre (with 12 or so post-graduate students) focussed on LHC event detection, and we are in the process of acquiring a cluster of deep learning machines.

Despite a major part of my work being in theoretical physics, a significant number of my students have ended up in the city, for example in BZW, Citibank and Commerzbank — as such I have always kept half an eye on the possibility for machine learning techniques in the area of finance, and in fact I was considering getting my project students to attempt something similar to AICoin before I came across the wonderful AICoin!!

I therefore think I could make a valuable contribution to the collective in assessing technical and financial viability of ideas. For example if there were projects with some element of machine learning. Indeed I am called on fairly regularly to review the fundability and feasibility of proposals in the academic context. I think this skill would be transferable to the investment board. As an indicator of my potential contribution, I  have been involved in cryptocurrency  since 2012 when I first realised BTC was going to be “the next big thing” (they cost me 20$ per each since you ask). By identifying worthwhile projects (and identifying when they are undervalued) I have increased my original BTC holding by a factor of 5. (Of course I measure my holdings in BTC – anyone could have made a profit measured in dollars!!).

If you wish to judge me by my portfolio, I currently hold a lot of Status and Syscoin, and a bit less of BTC, TenX, Monaco, ETH, Dcorp and of course some XAI. I had a lot of Blocknet but sold it all after its big rise. (To be honest I think they will eventually be overtaken by other DEX players).  I feel that  NEO, Cardano, and IOTA are great projects but somehow the price was never right for me to buy. I would be interested in BelugaPay but I think they are overpricing their tokens. (I may try to pick some up if it takes a dive after the ICO.)

I think the cryptocurrency space will be nothing less than the next stage in human development. The move from government issued tokens, whose value is backed by coercion, to ones that are based on the intrinsic value of the underlying business is a massive step. It allows essentially frictionless investment, funding, trading and growth. Now I really feel it is time to be an active player and put something back.

Return to review other candidates.

Create an account on the AICOIN Forum to ask Steven questions about the Investment Board.